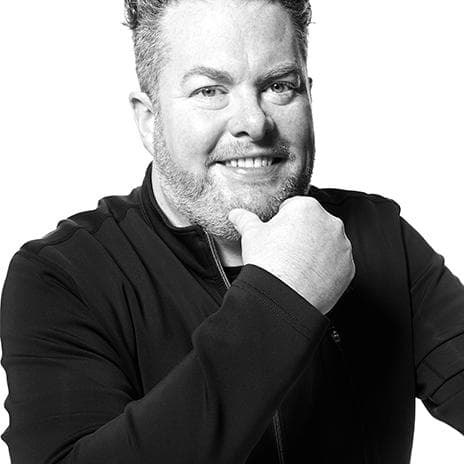 One channel broadcasts every touchdown from every pro football game—and every brand should pay attention.

His weekly service is not spiritual in nature, though it does induce a certain rapture among his followers. Rather than honor the Sabbath with rest, Hanson’s production stirs up adrenaline by the gallon. His flock spans the globe.

This congregation is not a chapel, but a television channel: NFL RedZone. And as Hanson and his team kick off their 14th season next weekend, this humble parishioner suggests that its elegant design and impressive accomplishments contain valuable lessons for brands of all stripes.

For the uninitiated, RedZone is named after the part of a football field between the 20-yard-line and the end zone, where most of the game’s high-value scoring takes place. This sector represents the master suite of the game—where the magic tends to happen—and RedZone is its chronicler.

A RedZone broadcast takes the viewer to these high-leverage moments across all NFL games being played at that moment, in real time. This novel approach to a multi-contest simulcast—“whip-around” coverage, in industry parlance—provides the fan with a constant stream of action. It’s all of the good stuff, with none of the filler. Uninterrupted and commercial-free for seven glorious hours.

For the majority of each broadcast, that gives the viewer one exquisitely timed game at a time. But on occasion, as two big plays happen simultaneously, a split screen is provided, affording fans double the pleasure. And in even rarer moments, when timing demands it, the RedZone feed serves up a four-way “quad box”—or the ultimate high-octane spectacle, the “octobox.”

The RedZone brand is grounded in a simple and clear promise: “Every touchdown from every game.” Through a singular combination of expert production, deft editing and graphics, and the sage guidance of its indefatigable host, the ‘Zone always delivers—and since its inception in 2009, the channel’s rise in viewership has proven as steady and predictable as Tom Brady.

Like any innovative disruption, RedZone isn’t for everyone. A vast majority of viewers will always consume their pigskin the old-fashioned way, slogging their way through network broadcasts larded with talking heads, incessant in-game promos, and dead time between plays. Die-hard fans understandably hate to miss a moment of their team in action, after all.

But for the converted—or even the merely RedZone curious—whip-around coverage offers an experience that’s both complementary and distinctive to linear viewing. It can serve as a lower-stress dessert course following your squad’s tribulations, or be a hearty multi-course sporting feast on its own.

Yes, RedZone has the potential to suck away hours of valuable Sunday time. But when the sport is stripped of the excesses of a standard broadcast and distilled into its most pure and unadulterated form, those hours somehow feel better spent.

Once the viewer’s brain is liberated from the holy tetralogy of football advertising—pizza, beer, trucks, and for some reason, insurance—the mind seems to emerge enhanced rather than depleted. (And, blessedly, when those commercial forces inevitably team up in an Avengers-style crossover campaign, we RedZone faithful will be spared the sight of Aaron Rodgers, bloated with Bud Light and Papa John’s, flipping his Ford F-150 before being rescued by the Geico gecko.)

Shorn of these distractions, NFL RedZone keeps relentless focus on the product of its parent brand, allowing its viewers—regardless of their regions or allegiances—to bask in the brutal beauty of the game alone. In an era of rising polarization and distraction, that sense of unified purpose is a rarer treat than ever.

The success of RedZone won’t likely be duplicated by other brands seeking its degree of loyalty. After all, few other organizations enjoy its unique advantages: a de facto monopoly, a deep reservoir of intellectual property and cultural currency, and—in a commercial sense, at least—the ability to “own” a day of the week.

But the affable Hanson and his tireless crew do offer useful lessons for those willing to listen.

First and foremost, RedZone offers a master class in the difficult art of curation. It begins with a precise mission—to broadcast pro football’s most exciting moments, as they happen, and essentially nothing else—then makes strategic choices to achieve it, time and again.

Honoring this commitment requires making a flood of decisions each week, big and small, considered with discipline and relentless focus. It’s as much about choosing what not to include as what to feature. But when done well, the resulting experience is essentially all signal and no noise—delivered in a way that’s utterly seamless to the viewer.

Curation may sound simple in theory, but in practice, it’s a high-wire act full of complexity. Brands are too often tempted to offer more and more, broadening their scope—and with it, their identity—beyond recognition. To do one thing and do it well can seem counterintuitive in the face of demands for constant growth. Yet the courage to work with such focus can unlock new possibilities in winning and keeping customers. Less can truly become more.

The brand’s second key ingredient to success is its credibility. Beyond the imprimatur of the NFL itself, RedZone has established a reputation for technical wizardry and unrivaled game expertise over a decade and a half. The channel may have begun as a wild-hare experiment, but over the years, it’s become as essential a part of the NFL experience as that superimposed yellow first down line.

Hanson, the high priest of the RedZone temple, is the ultimate personification of this in-depth knowledge. On paper, his role seems suited more for machine than man, requiring a steel-trap mind (to be smart on every team) and a platinum-grade bladder (to withstand every seven-hour shift). But Hanson somehow contains both, in human form, accompanied by ample charm and boundless energy.

Building brand credibility takes hard work and steely patience. It’s often backed by the experience of years, even decades, yet it’s duly maintained through consistent preparation. Credibility is better demonstrated than stated, and it must be continually earned.

The third and final lesson for brands is a more abstract one, but no less important: minimizing the cognitive load of the consumer. Plainly put, RedZone makes the ingestion of football as easy on the Sunday noggin as possible. One channel, every game, each relevant stat and score. With one touch of a button, we get the view of a god from the comfort of a recliner.

Removing friction is always harder work than it seems, but in our work at OX, we’ve found it’s often an essential element of designing an effective user experience. Whatever the medium, customers have enough to think about, and the less mental activity it takes to engage with a brand, the more willing they’ll be to do so. The extra effort of creating ease pays significant dividends.

Like the mighty touchdown’s RedZone co-star, the humbler field goal, a low-friction user experience seems far easier than it really is. But in a tight competitive matchup, it can make all the difference.

Just as RedZone may feel like a miracle, it’s also something of a fantasy. Each Sunday, we’re able to travel instantaneously around the country, reveling in uninterrupted action from high above, transporting us from the earthbound stresses that will await us Monday morning.

Does this fantasy turn a blind eye to real concerns about the NFL, from long-term player health problems to the constant specter of off-field misbehavior? Of course it does. A conscientious fan should include RedZone as part of a balanced diet that also keeps a critical eye on the league, its policies, and its actions. (And sure, occasionally even carves out a little quality time for loved ones away from the television.)

But come Sunday, this member of the faithful will be ready for some transcendence—even if only for seven short hours.

Drop us a line

Thanks! We'll be in touch.

Get the latest from OX every month.

The Experience is the Brand is a registered trademark of The Office of Experience, LLC. 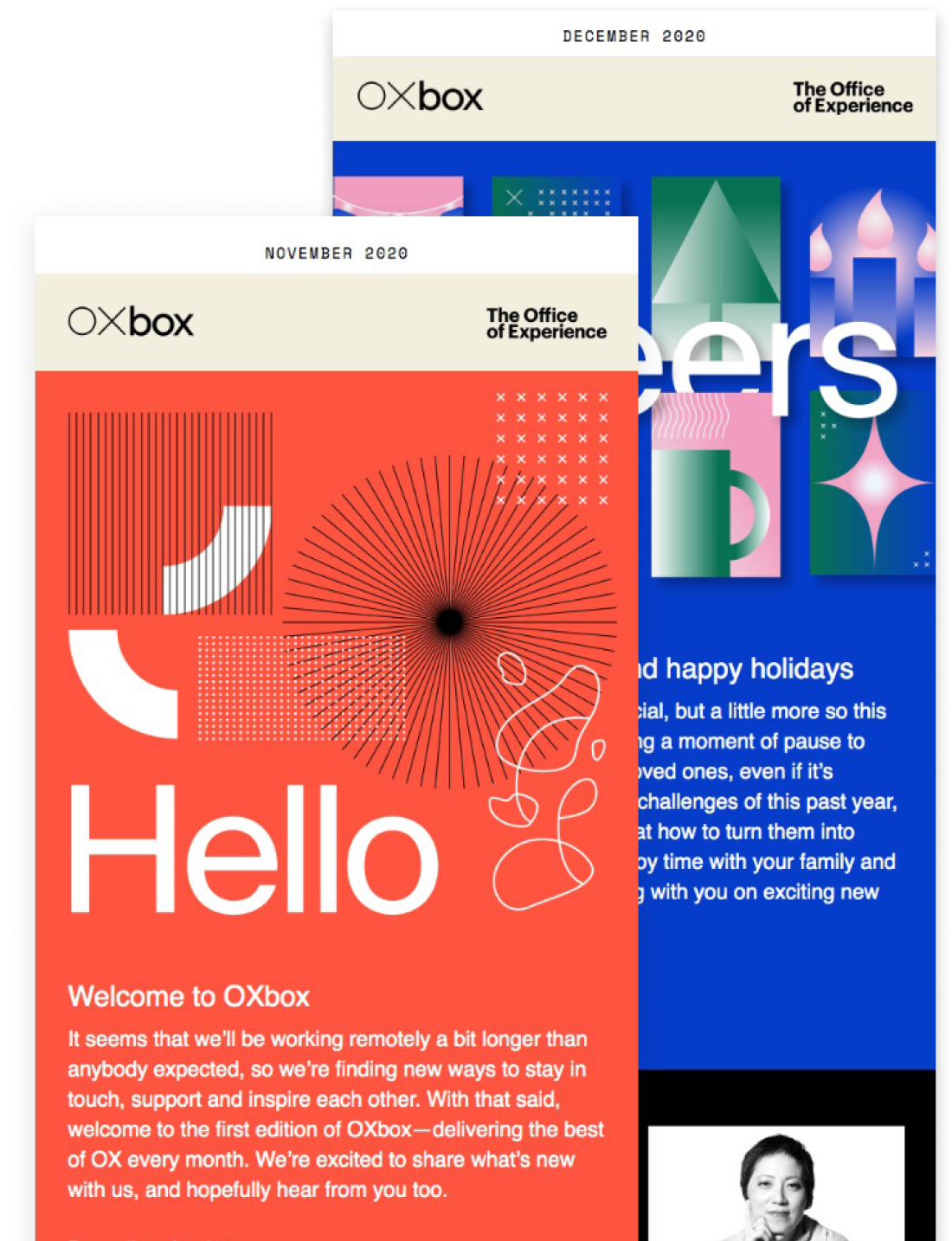 OXBox - The Newsletter from OX

Get the best of OX delivered straight to your inbox every month. With OXBox, you�ll have access to the latest work, thinking and news from your favorite agency partner on the planet. Sign up today and never miss a beat.