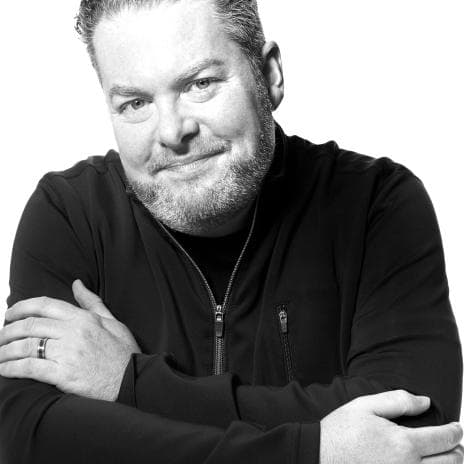 The conclusion of our two-part look into the video app that became the sleeper hit of 2020.

The pleasures of Marco Polo were made possible by designers with the courage and discipline to keep it simple. Even as the app’s use skyrocketed over the course of 2020, its makers remained faithful to its original vision. Rather than larding it with a steady flow of new features and functions, they ensured that their tool did one thing, and did it well.

Sure, the sign-up process was a little quirky. An unexpected text that a friend “wanted to Marco Polo” sounded like an invitation to a pool party, which seemed especially heartless during a global pandemic. And yes, I’m told the app contains a few add-ons like filters and the ability to write text on screen during messages. (I’ve never attempted such trifles, as I was born in the twentieth century.)

But for the most part, the app avoided a bloated experience by sticking to its essential functions. Its flashier and wealthier social media peers have rarely wavered in their onslaught of companion apps, multimedia partnerships, and superfluous features that come and go. But through it all, Marco Polo remained delightfully stable and low key.

Of course, those social behemoths feel constant pressure to evolve because their business model depends on keeping eyeballs and advertisements in close proximity. From its early days, Marco Polo kept itself immune from such demands, pledging never to include ads or sell user data. From the perspective of its customers, that’s a bold decision, even a beautiful one.

Still, all those heartwarming exchanges among friends and family take up a lot of ones and zeroes. Servers don’t pay for themselves, and while the flow of data may be fast, it’s certainly not free. The venture capitalists backing Joya Communications, Marco Polo’s parent company, were no doubt thrilled when the app generated hockey-stick traffic at the pandemic’s outset.

But their investment would demand a return in due time. And that’s when a simple thing suddenly became complicated.

From its perspective, Joya did what it had to do. In May of 2020, a “premium” version of Marco Polo was unveiled alongside its free version. Company leadership heralded the subscription offer as an elevated experience with new benefits like high-definition message capture — all for a mere five bucks a month, even less for an annual plan.

But while Joya giveth, it also taketh away. The launch of Marco Polo Plus coincided with the removal of certain features from the original app, including unlimited archiving and high-speed viewing, that users had grown accustomed to. Feeling blindsided, many rebelled and unleashed a fury of one-star reviews on app stores.

The consumer-grade internet is littered with cautionary tales of converting customers from a free service to a paid one. Newspapers may be the best example of the tension between a quality experience and the need for revenue. Of those that have survived the internet age, the vast majority sacrificed content while morphing into ad-saturated eyesores. Sadly, only a few — already armed with strong legacy brands — have transitioned successfully to a paid model.

I recall hoping last summer that Marco Polo would join the ranks of these survivors, given the emotional connections it had helped forge amid crisis. But like most users, I shrugged off the slight annoyance and stuck with the free version. It was good enough for me, I reasoned. Surely others would pony up to help Joya keep the lights on.

Now, a year later, I’m not at all proud of this instinct. And I fear my actions might end up contributing to the untimely end of something truly meaningful.

In a sense, it’s that kind of behavior that got us into this mess in the first place. Taking things for granted. Shirking personal responsibility. Assuming others will take on sacrifice so we don’t have to. Yes, such instincts had deadlier consequences last winter than they do today. But they still echo in our inability to close this chapter once and for all.

Thankfully, as of this writing, Marco Polo lives on. In an update issued in July 2021 on the one-year anniversary of Marco Polo Plus, its founders revealed that paid subscribers had helped the app become a sustainable business. Joya also revealed a research study suggesting that 74% of users who swapped texts for Polos over a 14-day period improved their mood.

In the meantime, our three-man trio continues its ongoing monologue swap. Of course, the backdrops have changed. Lonely home offices and backyards have blessedly been replaced by crowded ballparks and music festivals. The frequency of our dispatches has scaled back a bit, since we’re all less desperate for company. But our collegiate banter persists, and before long we’ll even be able to exchange it in three-dimensional real time.

The app’s premium offering has expanded further into the lengthily-branded Marco Polo Plus Family. And yes, in penance for my past sins, I’ve signed up for a fresh annual subscription that covers our entire triumvirate. It’s the least I can do, but hell, it’s better than nothing.

So now that normal life is returning and we don’t really need Marco Polo anymore, what will become of it? Will it continue to soldier on as a paragon of simplicity and focus, retaining enough paying customers to pay the bills? Or will it fall victim to the scourges of its peers, stooping to the advertising and data mining they’ve long been able to avoid?

It’s hard to say, particularly given how quickly things change in the world of communications apps. Want to send a decrypted text to Edward Snowden, or listen to entrepreneurs bloviate in late-night panels? Maybe request a birthday greeting from Ice-T, or coordinate the next storming of a government building? For better or worse, there is — as a wise man might have said — an app for that.

Hopefully, Marco Polo can stay true to its purpose without sacrificing the elegant simplicity that’s benefited so many of us over the past year and a half. And they can keep doing it all within a financially sustainable business.

If the good people of Joya can pull that off — and if the rest of us become more willing to pay our share in the interest of collective good — we just might emerge from this dark chapter with a small silver lining intact.

Drop us a line

Thanks! We'll be in touch.

Get the latest from OX every month.

The Experience is the Brand is a registered trademark of The Office of Experience, LLC.

OXBox - The Newsletter from OX

Get the best of OX delivered straight to your inbox every month. With OXBox, you’ll have access to the latest work, thinking and news from your favorite agency partner on the planet. Sign up today and never miss a beat.